Hipstomp recently picked up on Bike Fixtation’s bicycle vending machine, suggesting that these machines would be welcome in “cities that still have a bike messenger presence.”

It turns out that he’s right: New York City has a bike vending machine of it’s own, at Brooklyn’s Times Up! Bike Co-Op at 99 S 6th St, conveniently located near the foot of the Williamsburg Bridge.

It ain’t as pretty as the fire engine (or is that Coca-Cola?) red BF version—the New York Times opts for choice adjectives “squat black”—but it’s got all of the necessary goods and more: sunglasses, t-shirts, a Blackberry (see video after the jump)… all of which may come in handy while you’re cruising around the ‘burg. 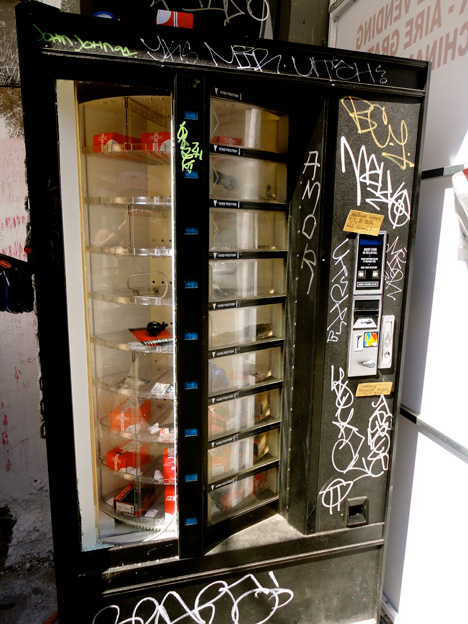 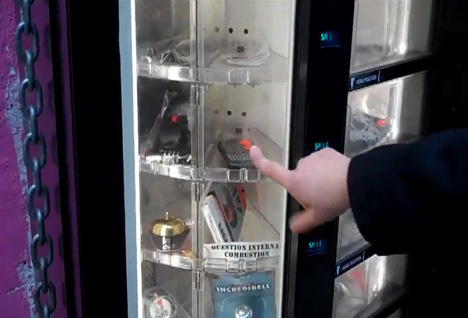