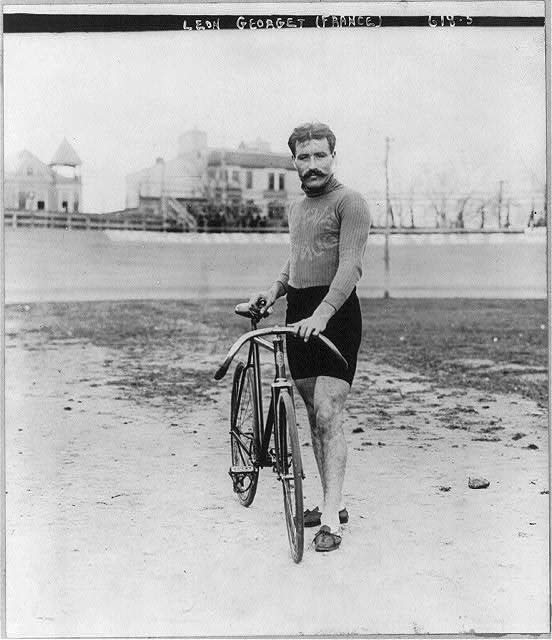 Leon Georget (2 October 1879 – November 5, 1949) was a racing cyclist from Preuilly-sur-Claise, Indre-et-Loire, France. He was known as The Father of the Bol d’Or having won the race 9 times between 1903 and 1919 in Paris. He was also nicknamed Big Red, or The Brute. Leon’s younger brother Emile was also a very successful cyclist, winning the Bordeaux–Paris and 9 stages of the Tour de France.